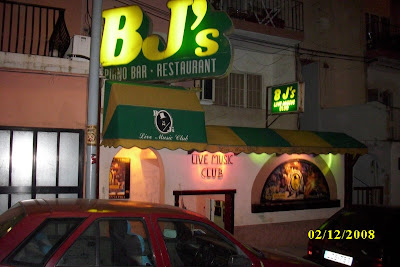 The BJ`s Music marathon will this year start on the 13th of April. All musicians and artists that would like to take part please contact Mr Philip Fenech on 99493534 or at BJ`s every day after 10 pm.

I will update on here every time I will have new information and confirm the SMS numbers for donations.

The History BJ's live music marathon was first held 1989 to help a friend who needed medical intervention overseas. It started off with a humble beginning of one night and grew steadily to a 100 hour annual event. The last few years we have extended it to a week because of popular demand. Over 200 musicians of all styles of music participate. Veteran musicians, students and upcoming musicians take the stage and show off their talent. For some musicians this marathon would be the first time they would have played publicly. All musicians play for free, some for as much as 30 hours during the whole week. Until last year we have collected a Lm 100,000 , which have been donated to various philantropic organisations and individuals in need. Amongst other top celebrities, the well-known guitarist and singer Bon Jovi, while filming in Malta, found time to play for this worthy cause to everyone's disbelief! Many music enthusiasts see this event as Malta's Woodstock or Live Aid. Donations are collected at the door, through sponsorship and telephonic donation lines. Various organisations that benefited throughout the last 19 years include: - Caritas Malta - Dar tal-Providenza - IBIC - Institute for Brain Injured Children - Eden Foundation - Torball and also for various individuals who needed medical intervention overseas.
Publicado por malteseken en 9:15 a. m. No hay comentarios: Enlaces a esta entrada