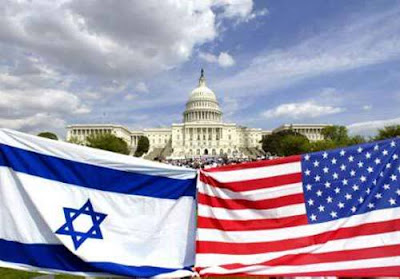 Without regard for the severe economic devastation and loss of life that a war with Iran would create, Israel’s agents in the United States continue to aggressively stoke the fires of anti-Iranian rhetoric and mobilize their minions on the floor of the House. The Brzezinski-Soros machine failed in their attempt to effect regime change in Iran by way of a “color revolution” in the summer of 2009. This has only emboldened the Israeli lobby to pursue more drastic measures. There is only one card left for them to play before provoking conflicts that will most certainly catapult the United States into direct military action against the Islamic state.

Tuesday, the American Israeli Political Action Committee gave their marching orders to their congressional War Hawks. The message was short, concise and clear. Here is the text of the letter AIPAC sent to members of Congress:

We are writing to every member of Congress to express outrage at the U.S. government’s continuing relationship with dozens of companies doing business with Iran. These ongoing financial dealings undermine longstanding American efforts to prevent Iran from acquiring a nuclear weapons capability.

As the New York Times reported on Sunday, the federal government during the past decade has awarded $107 billion in contracts and grants to more than 70 companies that are doing business in Iran. More than two-thirds of these contracts have gone to companies involved in Iran’s energy industry despite American law to discourage such involvement.

The time has long since passed this policy to change. Unfortunately, as the Times points out, three successive American administrations have failed to enforce the Iran Sanctions Act of 1996, which mandates U.S. sanctions on firms investing more than $20 million in Iran’s energy sector. While Presidents Clinton, Bush and Obama may have discouraged some investment in Iran through their rhetoric, the United States has sent the American and international business community a contradictory message by failing to enforce the law.

Despite publicly acknowledged investments by several companies of hundreds of millions of dollars in Iran’s energy sector, the U.S. Government has inexplicably failed to make even one determination of an investment of $20 million during the course of the past decade. Yet, throughout this entire time, Iran has pursued a nuclear weapons capability, flouting its international obligations under the Nuclear Non-Proliferation Treaty and presenting the international community with a growing, and now urgent, threat.

We call on Congress to:

1. Investigate why successive administrations have failed to implement the law by failing to determine what companies have invested in the Iranian energy sector;

2. Enact—without delay—the Iran sanctions legislation currently before Congress, which, inter alia, contains provisions barring federal contracts to companies which are investing in Iran’s energy sector or providing sensitive technology, and their parents or subsidiaries who are engaged in such activity;

In addition to these actions, we hope you will join with us in urging the administration to impose tough new multilateral sanctions with like-minded states without delay while continuing to pursue the widest possible sanctions through the U.N. Security Council.

These are pretty strong words coming from an organization which has stood in defiance of U.S. law that requires them to register as agents of a foreign power. It proves once again that the “A” in AIPAC really should be removed from their acronym. There is nothing “American” about them. This is the Israeli lobby, plain and simple. They represent Israel first and last. The United States is nothing more than a host to their endless parasitism. This letter should be an insult to anyone familiar with the State of Israel and it’s long history of refusing to comply with International laws and treaties. It reeks of hypocrisy. It’s an exercise in contempt. There is no country on the face of this earth with less justification to level these charges or make such demands.

First of all, Iran has no nuclear weapons capability. As recently as February 11, 2010, Press Secretary Robert Gibbs responded to a claim by President Mahmoud Ahmadinejad that Iran had produced the first stock of 20 percent enriched uranium. Gibbs said, “The Iranian nuclear program has undergone a series of problems throughout the year. We do not believe they have the capability to enrich to the degree to which they now say they are enriching.” The enriched uranium that Ahmadinejad was referring to was not for building a nuclear weapon but rather for medical isotopes used to treat cancer patients. And even if they did have the capability of enriching to 20 percent, it still falls far short of the nearly 98% that is required for building a weapon of mass destruction. As a signer of the Nuclear Non-Proliferation Treaty, Iran has a legal right to enrich uranium in the manner that they are claiming. On the other hand, Israel has refused to sign the NNPT and has no right to make demands of anyone pertaining to nuclear technology.

While the author of this letter points out that “the federal government has awarded $107 billion in contracts and grants to more than 70 companies that are doing business in Iran,” it fails to recognize that 14 of those companies have already pulled out and that 11 plan no future investment. Of the 49 remaining, only 3 are suspected of being in violation of the “Iran Sanctions Act”. Those three companies are Daelim (South Korea), Dutch Royal Shell (Netherlands) and Total (France). Of the $174 million that Daelim received in contract money from the U.S., $111 million was used to build family housing towers for the U.S. Army. Dutch Royal Shell received $11.2 billion in contracts and that investment was instrumental in supplying a significant amount of gasoline to the U.S. military. Not one American company currently doing business and planning future investment in Iran is suspected of being in violation of the “Iran Sanctions Act”.

The author demands that Congress enact current legislation that bars companies from investing in Iran’s energy sector. But this is in direct conflict with Article IV of the Nuclear Non-Proliferation Treaty. Iran is a signer of that treaty, and that obligates the United States to help them build power plants and other facilities for non-military purposes.

If anyone should be barred from receiving federal contracts or aid it is the State of Israel, who has refused to sign the NNPT and have illegally pursued a nuclear weapons program of their own. The 1976 Symington Amendment to the Foreign Appropriations Bill of 1961 forbids the United States from giving foreign aid to any nation that is developing nuclear technology outside the NNPT. Despite this, approximately 1/3 of the total foreign aid budget of the United States is annually sent to Israel even though they comprise less than .001 of the world’s population and has one of the world’s highest per capita incomes. Former Congressman James Traficant rightly pointed out recently that between the direct foreign aid grants to Israel, along with all of the other benefits including trade compacts, economic and military assistance, “Israel gets approximately $15 billion a year from the American taxpayers. That $15 billion is $30,000 for every man, woman and child in Israel.”

In his list of demands, the author urges Congress to “pursue the widest possible sanctions through the U.N. Security Council.” This is the height of hypocrisy. Neither the State of Israel nor its agents have any standing with the United Nations in this regard. Since its inception, the State of Israel has been in violation of more UN resolutions than any other nation on earth.

Who else but a raving lunatic would even dare to write such a letter in light of the insurmountable evidence that contradicts each and every line of their text? There is no other explanation; a lunatic wrote this letter. And if Congress acts in lock step to their demands, then it should be abundantly clear to all of us that the lunatics, have indeed, taken over the asylum.

FAIR USE NOTICE: This blog may contain copyrighted material. Such material is made available for educational purposes, to advance understanding of human rights, democracy, scientific, moral, ethical, and social justice issues, etc. This constitutes a ‘fair use’ of any such copyrighted material as provided for in Title 17 U.S.C. section 107 of the US Copyright Law. In accordance with Title 17 U.S.C. Section 107, the material on this site is distributed without profit to those who have expressed a prior interest in receiving the included information for research and educational purposes. If you wish to use copyrighted material from this site for purposes of your own that go beyond ‘fair use’, you must obtain permission from the copyright owner.

Feel free to repost but be polite and include an active link back to the original blog post on Malteseken , please.
Publicado por malteseken en 3:48 a. m.